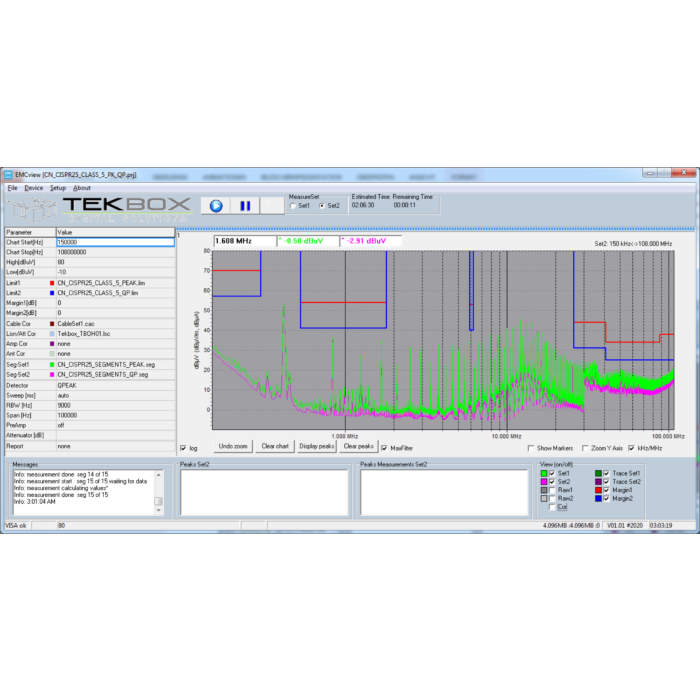 Skip to the beginning of the images gallery
Detaljer

Tekbox EMCview is a PC-software for user friendly EMC pre-compliance testing of radiated and conducted emissions. It is a perfect complement for automated testing using our LISNs and TEM Cells.

There is no need for a time consuming setup. The SW is ready for measurements straight after installation. All emission related CISPR-xx (EN550xx) measurements and a few automotive manufacturer standards are pre-configured in corresponding project files.

The graph supports two complete measurement runs such as for example Average / Quasi-Peak or Peak / Quasi Peak and alternatively a fast Quasi-Peak scan of critical peaks.

Furthermore, EMCview together with our GPS receiver can be used to carry out RF-coverage measurements. An export feature creates KML files which link the result to google maps.

One license is valid for one spectrum analyzer or one PC.

Mer informasjon
Produktomtaler
Write Your Own Review
Copyright © 2015-2022 Auglit AS. All rights reserved.